I woke up with a sense of panic. I quickly grabbed the alarm clock beside my bed that was supposed to ring forty ﬁve minutes ago and looked at the time. It was 5.05am, which mean that I got three hours to prepare myself and took an Uber to the airport. I turned off the charger of my phone and went straight to the bathroom, doing my morning routine. Less than twenty minutes later, I was inside Brahim’s car, my Uber driver, and headed toward the Pierre Trudeau Airport.

Air Canada’s Airbus on the Hangar in Montreal Airport

This is my ﬁrst big trip since one and a half years ago, when I started my Master program at McGill University, which then landed me a good job in Montreal. Growing up, I used to travel extensively with family. My ﬁrst trip overseas was to Singapore, when I was three. My father was on a business trip and my mother, sister and me were tagging along to save the hotel cost. My mother told me that on that trip, she remembered buying a hainan chicken rice for me and my sister, nourishing us while watching the news. It was the day Lady Diana died. 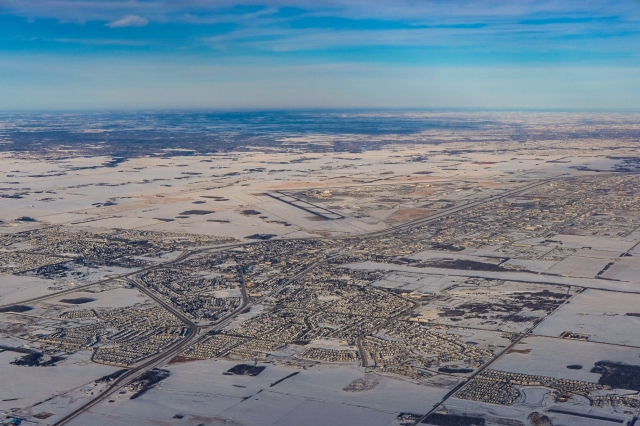 Edmonton from the Air

We visited Singapore every year since, mainly for shopping. However, it wasn’t until I was in the undergrad that my family started travelling to far away places, such as United States, European countries, and South Africa. We have became quite eﬃcient in choosing line for security check, separating laptop and tablet from the luggage and following the rules for bringing liquid. So it was a shame to me today that I got my luggage inspected because I was bringing a jumbo sized toothpaste inside my shower kit. They threw it out. But to be fair, toothpaste isn’t really a liquid but a paste, which is semi solid. I learned few years ago that bringing a frozen water through the security check was actually allowed, so today’s incident amused me. 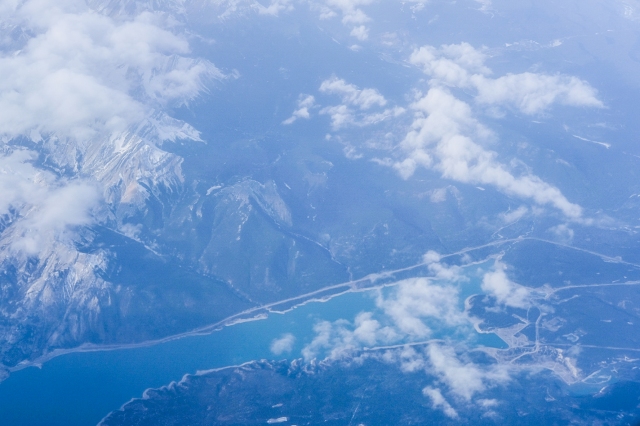 Canadian Rockies, Alberta, from the Air

Pierre-Trudeau airport was decent, although not as nice as Singapore or Hong Kong, but is clean and organized. As usual, I bought a necessary but overpriced bottled water (CAD 2.30), the same bottled water that cost me only 20 cents in my local supermarket. But buying in the airport is still better than buying one on the ﬂight, which tend to be more expensive. Forty ﬁve minutes before boarding, I called my mother and shared some details in case something bad happen during the trip.
I always read the in-flight magazine at the beginning of the flight and as I ﬂipped the on-board magazine, I set my eyes on the possible next destination, Sri Lanka. A destination that I have been planning to go for the last three years, but haven’t got the time yet.

Sunrise from the Airplane in Montreal

The airport in Edmonton, my ﬁrst transit, was more lively than Montreal’s. There’s a Chinese takeaway called Wok Box, where I got my lunch before departing for Vancouver, my second transit before ﬁnally getting to Whitehorse. What was supposed to be a one hour transit in Vancouver turned into a three hours delay due to a malfunction in our plane’s cargo door. We were stuck inside the plane for hours, only to eventually went back to the gate. At least Air Canada service was good and they provided us with a meal voucher and a discount for the next ﬂight purchase. 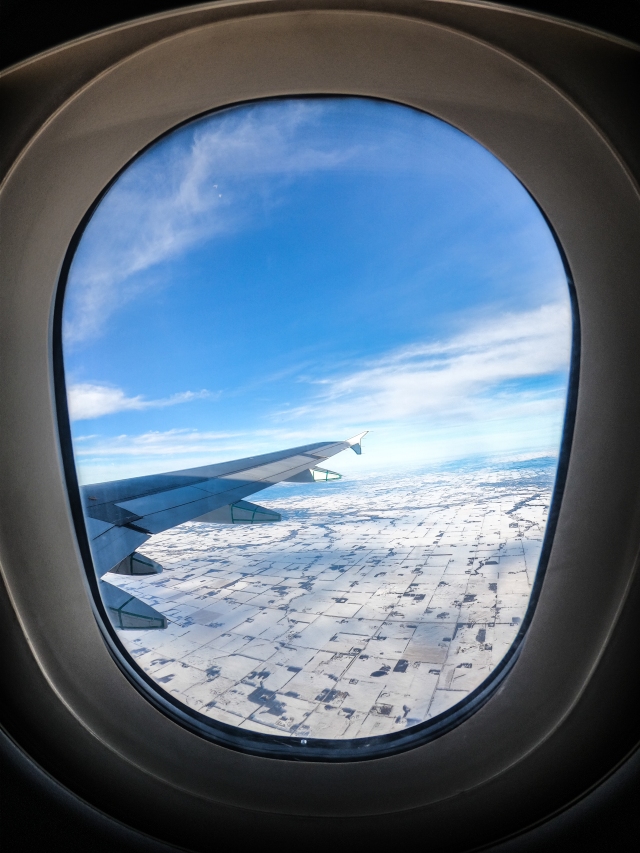 Passing Through Above the Farms in Edmonton

Coincidently, I met my parent’s friend from school when I was buying my dinner in the airport, who was en route to Calgary. We ended up chatting while eating in the airport’s food court for about an hour. I also talked with my seatmate, a girl in her twenties who has just got back from Peru and was coming back home to Whitehorse, my ultimate destination. She was very enthusiastic about her trip and I know deep inside that I was jealous of her. I mean, what could be a better feeling than waking up at 2am to hike the Inca Trail to see the great Machu Pichu, or canoeing at night to see alligators few meters away from you? One day, thought to myself.
There’s a free airport shuttle from Whitehorse’s airport to my hotel, Best Western Inn. The hotel was comfortable and nearby the “strip” or main street, so I would recommend it to tourists visiting Whitehorse. However, I found that the tap water to be unsuitable for drinking, so I am planning to buy several bottles of water tomorrow (the vending machine inside the hotel sells a bottle of water for CAD 3).

One thing I quickly realized is that Whitehorse itself isn’t large and could be easily traveled on foot, which is a good news for photographers, like me, who are planning to catch the sunrise or do a morning walk. But that is another story for tomorrow. 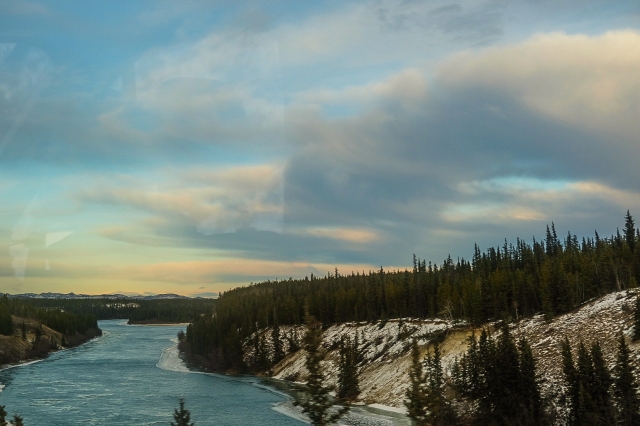 Kevin is a research analyst at a macro research firm and a private fund manager since 2012. He holds a Master of Management in Finance degree from McGill University and has passed all levels of CFA and FRM exam. Kevin is an avid traveler and photographer, with a record of 33 countries visited in 2019. He is a freelance contributor at Getty Image and is running two website in his spare time, journeyman.live and putamencapital.com
View all posts by Kevin →
This entry was posted in canada, Travel and tagged air canada, canada, edmonton, flight, journey, montreal, transit, Travel, vancouver, whitehorse, yukon. Bookmark the permalink.