We arrived last night in Taipei, on a transit flight to New York. Last night we slept at 1 am, but this morning we managed to woke up at 6 am to have a day trip in the city. We have breakfast at Cuto Hotel, where we stayed at (given by eva air), 40 minutes away from the city by car. Around 8 am we departed from our hotel and rode a taxi to the city. It is rush hour time, so there was quite a traffic on the highway and in the city , but we managed to arrive at Taipei 101 slightly before 9 am.

The observatory on Taipei 101 is open at 9 am, we were the first guest today so we could enjoy all the view without so many crowd. We spent about an hour on the deck, there was a small theatre as well at the 91st floor showing the building process of Taipei 101. The view is great, but the lighting could be better in the evening rather than in the morning. 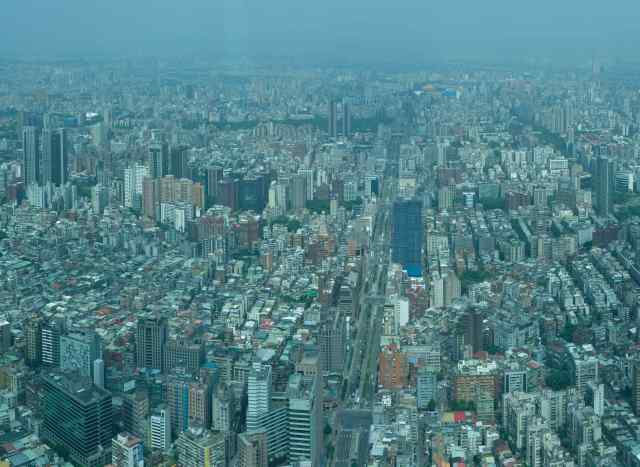 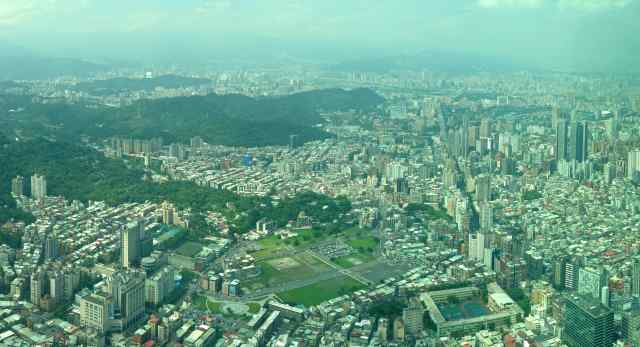 Afterwards, my mother and sister wanted to go to Line store. Yes, it is the social messaging app that is fanous for it’s iconic characters. It is located nearby, about 10 minutes walk away. The store is located on a luxury brand complex, including several brands such as Hermés and Chanel. While my mother and sister were shopping, I walked around to capture Taipei 101 from the ground. There were also few people doing weddding photoshoot in the complex.

It was 12 am when we were finished, so we rushed back to the shopping mall at Taipei 101. Initially we want to eat at Din Tai Fung, but it was lunch time and the queue was very long, so we decided to take away a burger and eat it at hotel.

We took a taxi from the mall with an old driver who does not speak English at all, mind you that most people in Taipei does not speak english or speak very little of it. Our hotel is quite far from the city and although our driver had a gps, he could not use it very well. We got lost and miss an exit on the highway, before eventually I helped him with the navigation using body languange and very basic Mandarin. When we arrived at our hotel, we have to paid NTD 1700 ($60). He asked us to pay only NTD 1500, but we just could not, we feel sorry for him.

It was 2.15 pm. At the hotel we had our lunch and took a shower before taking a bus to airport at 4 pm. We have to paid an extra of NTD 1500 ($55) for the late check out. I received my Financial Risk Manager Level 2 exam result, which I passed! The shuttle to airport was free, arranged by eva air. Taipei airport is very clean and has many branded goods store, we take a look around but shoppped nothing. Our flight departed at 6.20 pm and we begin our 14 hours flight to New York.

Kevin is an Emerging Markets Research Analyst at a global macro investment firm based in Montreal, Canada. Originally trained to be a medical doctor, he found his passion in capital markets after being involved in managing portion of his family’s equity portfolio. Kevin holds Masters degree in both finance and management, has passed all levels of CFA exam, and is a certified Financial Risk Manager (FRM), Chartered Alternative Investment Analyst (CAIA) and Professional Financial Modeller (PFM). He read voraciously and has a hobby of tinkering (read: programming) his systematic equity and volatility trading model for the “Quantimental” investment firm he founded. In his spare time, Kevin likes to travel the world and become a freelance photographer for Getty Images. To date, he has a portfolio of over 1200 pictures across 35 countries.
View all posts by Kevin →
This entry was posted in Travel and tagged city, cityscape, journey, photography, taipei, taipei101, taiwan, tour, transit, Travel. Bookmark the permalink.