“SATOO is all about the culinary exploration of Asian and international cuisines. Chic and modern are the first impressions one gets upon entering the casual cafe area and seeing the dessert station featuring a chocolate fountain and an irresistible display of cakes, pastries, souffles, ice creams and jajanan pasar (traditional Indonesian snacks).

Two weeks ago I came back to have a lunch in Satoo at Shangri-La hotel in Jakarta, this wasn’t my first visit to the restaurant, in fact this may be the tenth or so visit I did. In the past, BCA credit card used to have a buy 1 get 1 promotion for the buffet and my family would dine at Satoo once a month or so. But then the promotion got expired and we found it rather not worth it to pay the full amount, however BCA promotion resurfaced again this month after a long time of break. Since I haven’t posted anything about the restaurant in the past, I thought I could give an overview to prospective customer about dining at Satoo.

The restaurant is located near the swimming pool and built by glass instead of wall, allowing lights to enter the restaurant but not necessarily makes it hot inside. There are a little bit too many tables in the centre of the restaurant (especially near the sushi bar), sometimes making it difficult for us to get back to our table after taking a meal. 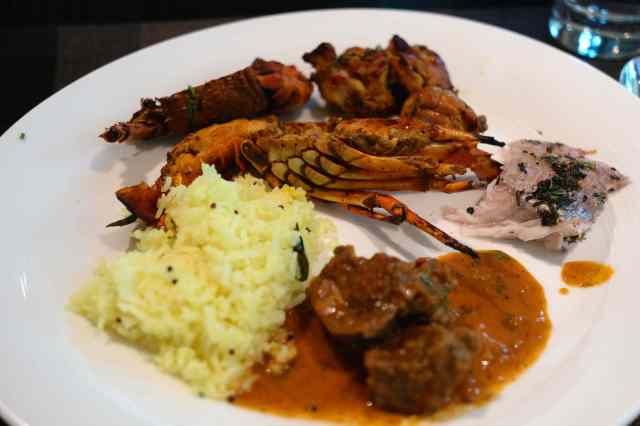 Usually I started with sashimi during a buffet, but since the queue was long, I decided to wander around the Indian cuisine section and was surprised to found a baby lobster. I also have some lemon rice, lamb curry and tandoori chicken. The lamb and chicken were delicious, but I found the lobster to be mediocre and not as good as the one in Edogin at Mulia Hotel.

Dishes at the Main Section

The great things about Satoo this the variety of the main course, whether it’s Indonesian or Asian, they got it covered. I found it interesting that they serve a pecking duck (with duck skin instead of meat inside), which could not be found in most other buffet restaurant. Although sometimes they cheated by also putting duck meat inside the wrap. 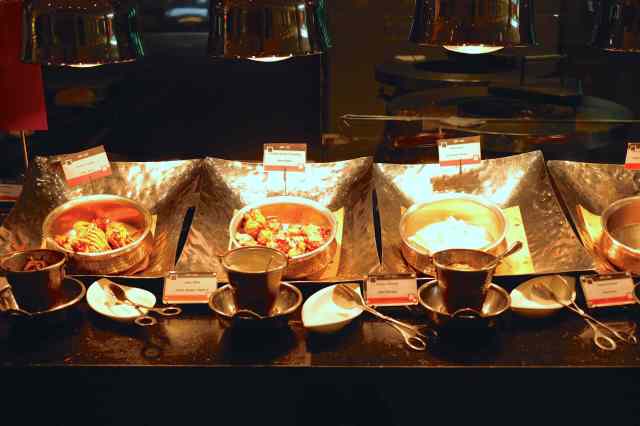 The most interesting section for me is the grilling section, where they served beef, squid, grilled vegetables, bread and butter. For a mass production of meat, they do make it tender and tasty. Combined with bread and butter, I found it delicious and comparable with those steak served at fancy restaurant (not Angus House level though).Nevertheless, well done! 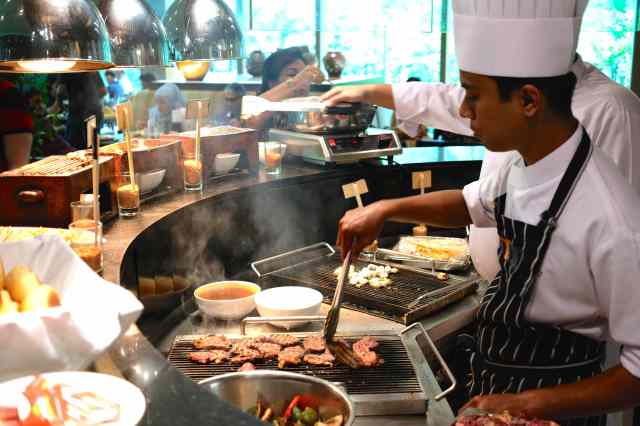 I found something funny this time, in the fruits section, there’s a small chalkboard with the writing “juice for Rp 50.000”. I felt violated reading it. First of all there are plenty of fruits you could take for free and eat it in your table, but you know what, if you want to make it a liquid, then you have to pay us Rp 50k. I was joking with mom to bring our own juicer (they have electrical socket under our table) and charged Rp 35k for the customers. Unfortunately I didn’t see anyone drinking juice at Satoo, perhaps they found it ironic as well. This is an antithesis of letting ice cube melts in your glass so you can have free ice water (luckily Satoo provide us with free water during our meal, so I don’t have to do it). 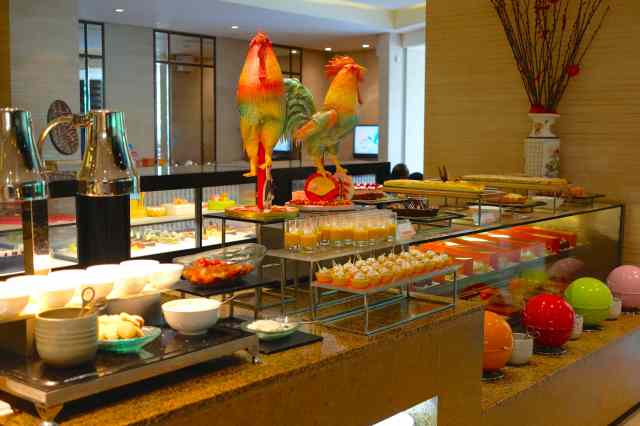 Dessert was all great, there were varieties from cake to ice cream. I simply can’t handle all of them, since I had eaten so much main course during our two hours lunch. Overall, Satoo is a great restaurant with a good ambience offering variety of Asian cuisine. There are things to be improved, such as the table layout. The staff were also very nice and attentive to our needs. It’s not the best restaurant in Jakarta, but I would be glad to recommend it for casual lunch or dinner. 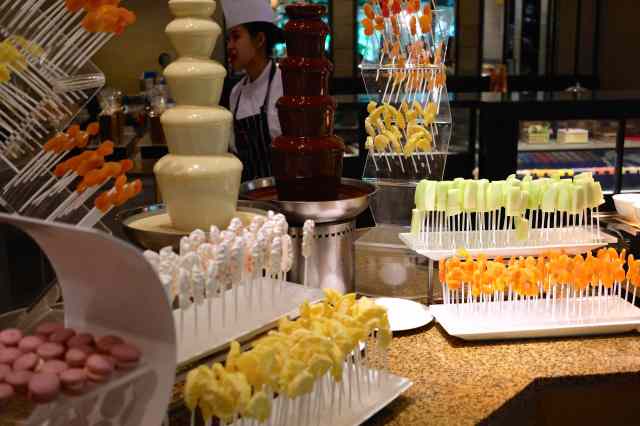 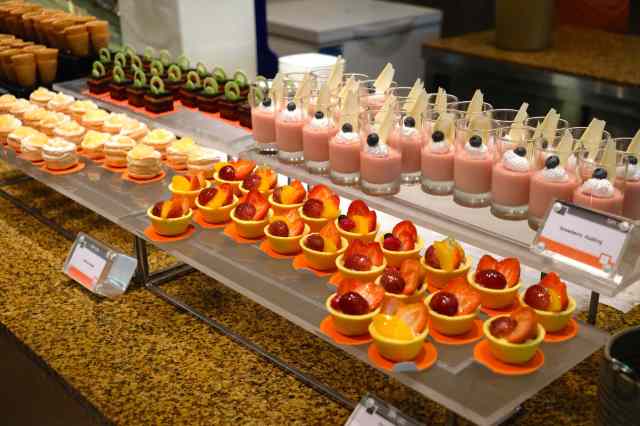 Kevin is a research analyst at a macro research firm and a private fund manager since 2012. He holds a Master of Management in Finance degree from McGill University and has passed all levels of CFA and FRM exam. Kevin is an avid traveler and photographer, with a record of 33 countries visited in 2019. He is a freelance contributor at Getty Image and is running two website in his spare time, journeyman.live and putamencapital.com
View all posts by Kevin →
This entry was posted in Review and Ideas and tagged buffet, hotel, jakarta, restaurant, review, satoo, shangrila. Bookmark the permalink.