We woke as usual at 6.30 am and started our day at 8 am. Today we are taking a long trip from Phnom Penh to Battambang, with several stops in between. The road exiting Phnom Penh were full of traffic, but it goes better afterwards. We rode for two hours (about 100Km) before stopping to visit Krar Kor, a floating village populated by Muslims community in Kompong Chnang province. We took a boat ride for 30-40 minutes to see local’s activity and have lunch nearby the dock. Then we continue our trip to Battambang. 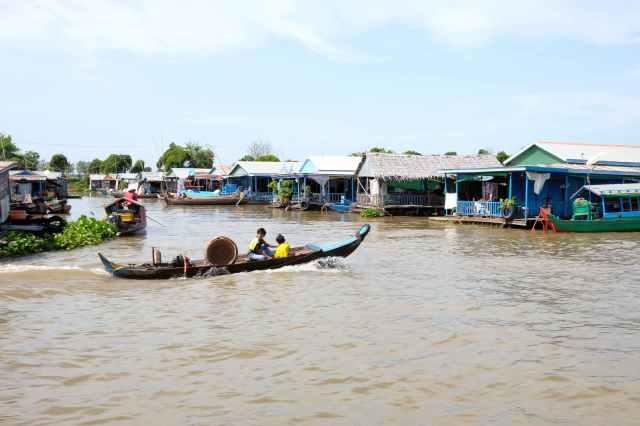 The scenery on the road between Phnom Penh and Battambang is mostly filled by rice fields and other plantations, although there are local shops also in between. Police is patroling on the street to catch those did not wearing seatbelt and driving above the speed limits. I slept for 2 hours on the trip and arrived in Battambang at 4.15.

In Battambang we were dropped to our hotel (Classy Hotel), which is highly recommended due to its location and nice room. We checked in and dropped our luggage in the room before taking the famous and exciting bamboo train. The bamboo train ride is located 15 minutes away (by car) from the city center, it cost $10 for the 1-1.5 hours ride. It was simply a bamboo platform on the top of four wheels motorized by diesel machine. Since there is only one railway track, we have to get off the train and disassemble the train when clashed with other train from the opposite way. The train with less people should be the one disassembled. 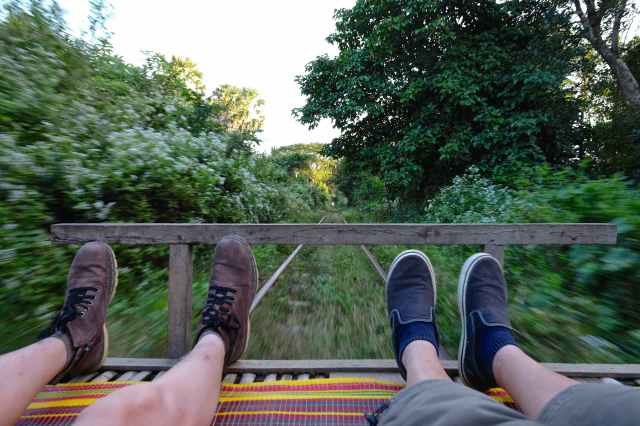 Getting Our Train Disassembled While Other Train Passed
There is one perfect photo spot near the end of the railway track, most of the tourist is there to wait for the sunset. It is indeed amazing and beautiful. The bamboo train is very exciting and a lifetime experience, but it may not be available for long time due to the construction of the new railway. We have our dinner in the city, at White Rose restaurant that is recommended by Tripadvisor. The food was good and the environment was great.

View from the End of Bamboo Train Rail 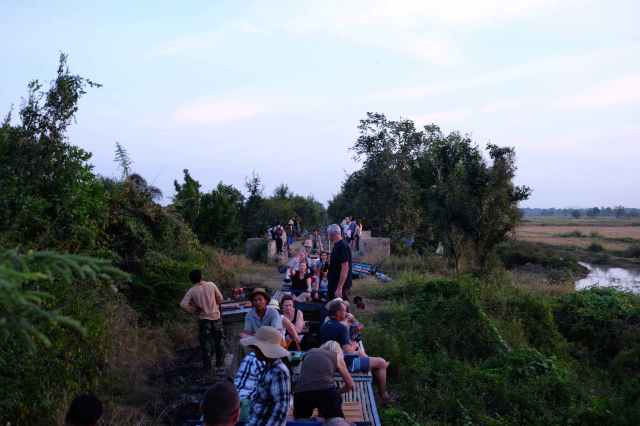 Bamboo Trains Lining Up to Get Back to Base 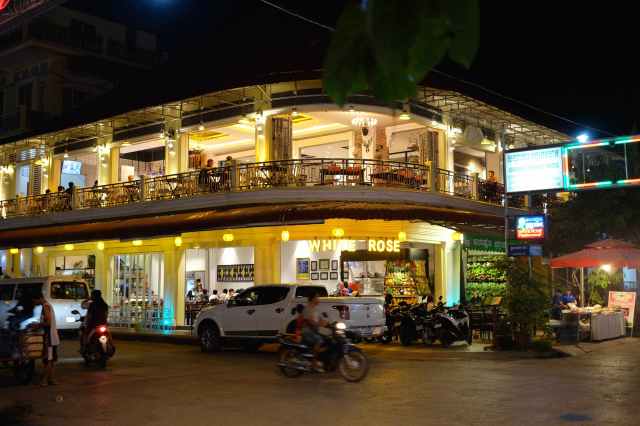 Since our activity is over early for today, we think of having massage in the hotel, but it was full booked. So we took a shower and slept early instead.

A global macro analyst with over four years experience in the financial market, the author began his career as an equity analyst before transitioning to macro research focusing on Emerging Markets at a well-known independent research firm. He read voraciously, spending most of his free time following The Economist magazine and reading topics on finance and self-improvement. When off duty, he works part-time for Getty Images, taking pictures from all over the globe. To date, he has over 1200 pictures over 35 countries being sold through the company.
View all posts by Journeyman →
This entry was posted in Cambodia, Travel and tagged asia, bamboo train, battambang, Cambodia, kompong chnang, photography, Sunset, tour, Travel. Bookmark the permalink.