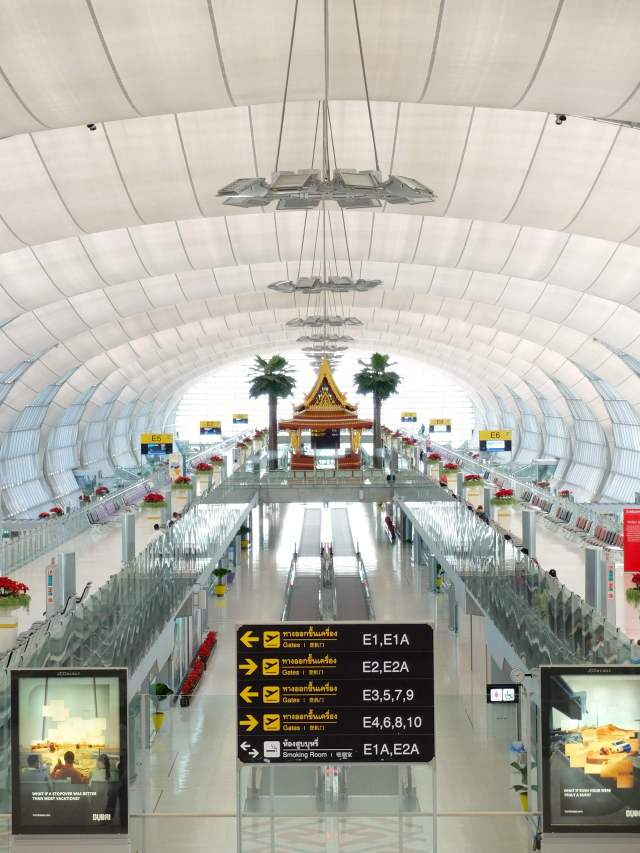 These days, most of international airlines going from Bangkok will board from Suvarnabhumi airport, the new Bangkok airport.The name Suvarnabhumi was chosen by King Bhumibol Adulyadeiand refers to the golden kingdom, hypothesised to have been located somewhere in Southeast Asia. Suvarnabhumi is the tenth busiest airport in the world, sixth busiest airport in Asia, and the busiest in the country, having handled 53 million passengers in 2012, and is also a major air cargo hub, with a total of 95 airlines. On social networks, Suvarnabhumi is the world’s most popular place where Instagram photographs were taken in 2012.

Before passing through immigration, there are few stores available and none of them is branded goods. Passenger departing from Bangkok will have to first check-in and retrieve the airline ticket from dedicated counters. If you have a tax refund, you have to attain stamp from the tax service counter before checking in your luggage, then you’ll redeem the cash after immigration check.

After passing security check and immigration, which could be quite long depending on the time, you’ll stand at the centre of the terminal and left with two option, going right or left. First, check where your boarding gate is, whether it is on the left side or the right side. If you are planning to do some branded goods shopping, it is located in the centre of the terminal, 1/3 left and 1/3 right from the immigration pass. I imagine you have less than two hours until your gate closed, so it pays to be quick if you plan on shopping. It is recommended to go to the direction your gate is NOT located first, then once you stop seeing branded stores, go back to where your gate is located. Learn from my mistake.

There is only one stores for each branded goods label, but there are duplications of electronics, chocolates, perfumes, snacks, restaurants, cafes on each side of the terminal. This is why you don’t have to walk until the end of each terminal side, because apart from the branded good stores, there are stores nearby your boarding gate. Some branded stores in Suvarnabhumi Airport are Bally, Burberry, Bvlgari, Cartier, Coach, Dior, Dunhill, Hugo Boss, Mont Blanc and Swarovski, Armani, Celine, Chanel, Chopard, Fendi, Ferragamo, Gucci, Hermes, Loewe, Prada and Zegna.

Chanel store in the centre of terminal, could be seen after passing immigration service.

Hermes store in the 1/3 right side of the terminal

Omega store in the 1/3 right side of the terminal

Other than Omega, the airport also has many other luxury brand such as Rolex, Jaeger LeCoultre, UN, Longines, etc. The MSRP price is about the same in general with other ASEAN countries, although I didn’t ask how many percent discount they give. 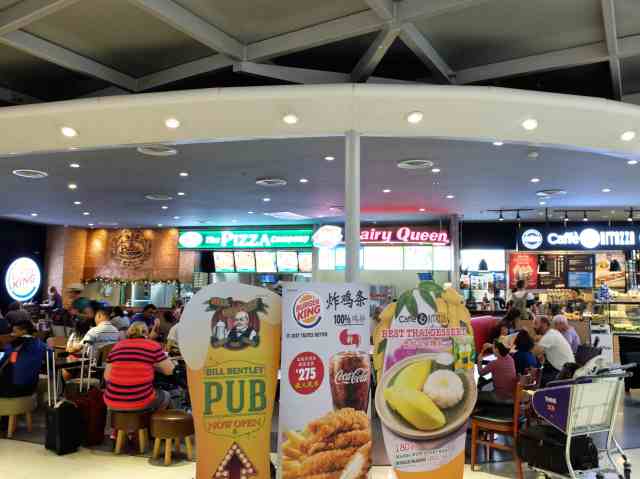 Food court on left side of the terminal (Burger King, Dairy Queen, Pizza)

The food court is almost always full of people, so it is recommended for you to take away your foods and eat it near the departure gate instead of trying to find seats there. I ate in Thai restaurant called Mango Tree, the service was okay but not stellar and the food was plain. Expect edible but not tasty foods, although the time to serve is quite good if the waitress order your foods correctly. 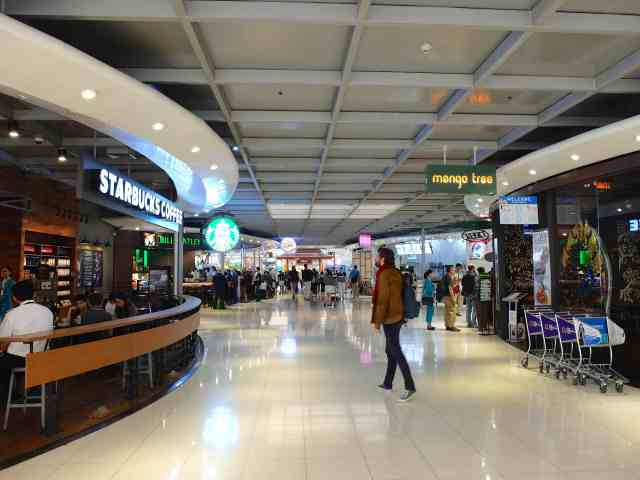 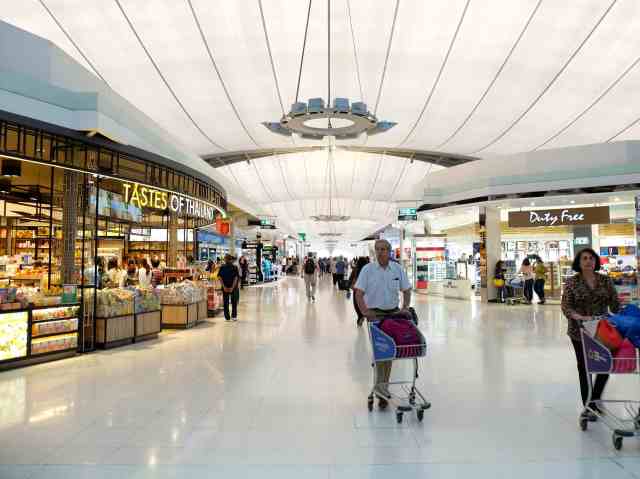 As I said before there are several Thai snack stores inside the terminal, so it is better to buy in the store near your gate to save time. It is important to monitor your time of boarding to ensure you are not late to the gate, as the walkway toward the gate could take more than ten minutes from the shops.

Due to the number of interesting branded good stores, snacks and chocolates we visited, we are on last call to our boarding gate. To make things worst, when we eat in Mango Tree restaurant the waitress forget to order one of our food, taking more of our precious time to walk to the gate. At last, have a good flight and remember to walk to your gate 40 minutes before the dedicated take-off time!

A global macro analyst with over four years experience in the financial market, the author began his career as an equity analyst before transitioning to macro research focusing on Emerging Markets at a well-known independent research firm. He read voraciously, spending most of his free time following The Economist magazine and reading topics on finance and self-improvement. When off duty, he works part-time for Getty Images, taking pictures from all over the globe. To date, he has over 1200 pictures over 35 countries being sold through the company.
View all posts by Journeyman →
This entry was posted in Thailand, Travel and tagged airport, bangkok, branded, chanel, eat, hermes, omega, restaurant, review, shopping, stores, suvarnabhumi, tax refund, Watch. Bookmark the permalink.