After venturing outside Asia for the last two years, this holiday season we go to Thailand for a short one week trip around Bangkok and Pattaya. Initially, we want to travel to Myanmar, seeing Bagan archeological site and fly on a hot air balloon at sunrise. However, trip to Myanmar is not very popular among Indonesian and we hardly found a group tour going there with reasonable price, instead we search for another destination and struck the deal to Thailand. I had been to Phuket, Thailand two times as a child but have never been traveling to Bangkok or Pattaya. Before the tour I was expecting to see temples and archeological buildings, but from the itinerary it seems that we are about to see common tourist spot, a local theme park, show, and a zoo. Nevertheless, I always found it exciting to see another place and culture, regardless of the continent.

The view from airplanes before landing in Suvarnabhumi Airport.

We flew with Garuda Indonesia from Jakarta to Bangkok, a three hours flight using small airbus aircraft with three-three seat design. First, let me comment a bit about the flight. The flight to Bangkok was smooth with little turbulance up on the air, the stewardess were nice and kind. Since we are flying with an older aircraft, the TV is only 5-6″ and the entertainment system was something I would regard as standard instead of great. I was expecting to see movies in the last 3 months as in most international flight would have, but Garuda newest movies is more than 6 months old (U.N.C.L.E), they even have Goldeneye instead of Casino Royale. There were lots of empty seats on the flight that the last 7 rows was empty, my sister quickly take an advantage and take the whole row alone. Another think I found lacking is the food, since we are the last being served, they ran out of fried rice for me and had potato with meat instead, the portion for both are small and I would rate the food as 6/10. Compared with Singapore Airlines, Turkish Air, Etihad, Cathay, and other national flight I have fown with Garuda is the worst.

The view from Twin Tower Hotel Bangkok at sunrise

Today, Bangkok have two international airport, one is for domestic and international flight by Air Asia (the old airport), the other is for international flight where we landed (Suvarnabhumi Airport). The airport was again something I would classify as adequate but not great, clean floors but lack adequate lighting equipment. The immigration process was quick and the baggage claim as well, friendliness is not a common thing here though. There were several money changer, paidphone, but I didn’t see shops on my way out.

We met our local guide and walked to our bus, outside the airport I saw lots of people queing for taxi ride to town. We arrived around 17.00 and went directly to al-halal restaurant on suburb area for dinner, despite the fact that none of our 16 members is a Moslem. The dinner was Thai foods, not tasty, but most people ate a lot since the lunch at flight has very small portion. After quickly finishing our dinner, we continue our ride to city and went to Asiatique Night Market. 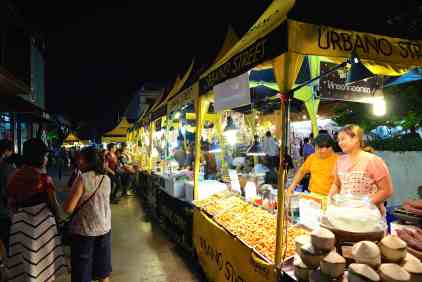 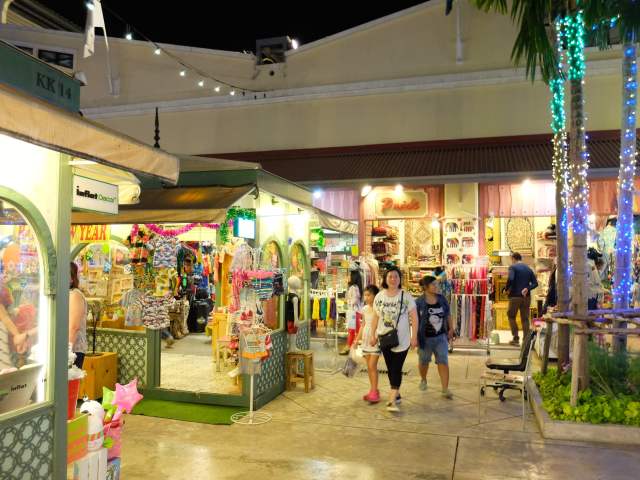 Asiatique is rather new place (5 years old) for youngsters in Thailand to visit on Saturday night. Inside the complex you could find lots of street foods, restaurants, local merchandise, clothes, accessories, and a giant arcade-wheel overseeong the city (like Singapore Flyer or London Eye, but smaller). We took some photograph, went to the side of Chao Praya River and I took few long exposure shots. Unfortunately, my tripod is still inside my luggage in the bus, leaving me with high ISO and steady hands. Actually, for night photoshoot having fast lens (such as XF 16 f/1.4) would be more ideal than wider lens (XF 14f/2.8) that I have. My sisters asked me to take some pictures of her, so I switch my lens to XF 56 f/1.2 and it performs wonderfully at f/1.2. The bokeh, light, image quality and ease of use is highly recommended for hunting at night on the street, but I found it sometimes too long in my fujifilm XT1, 35mm would be better.

Bangkok cityscape at night from the Asiatique port 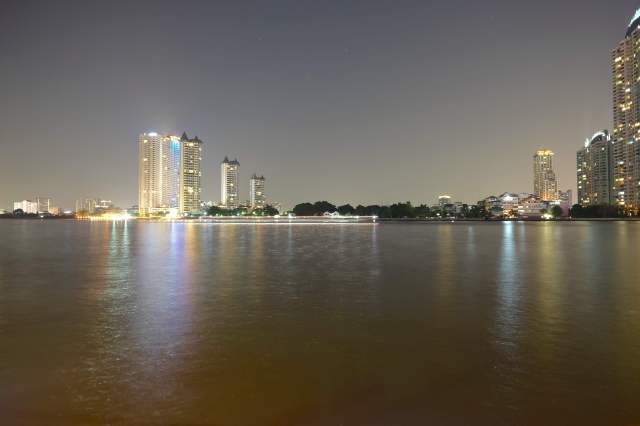 Bangkok cityscape at night from the Asiatique port

The goods inside the market was slightly overpriced, and we decided to spent our time eating inside a pizza restaurant with air conditioner. The food price isn’t cheap either, expect to spend $15-20 per person for a whole meal. There isn’t many spots that interest my photography style in Asiatique, but it is a recommended place to go for tourists. We went to hotel around 20.30, Twin Tower Hotel Bangkok for rest. Our local guide warns us about the taxi waiting outside hotel, which is said to ask 20 dollars instead of 20 baht for a short ride or simply taking us circling the area. It is better to use a taxi with meter or hail one from the street. The hotel itself is huge and luxurious, while being affordable for $50 per night. The room is huge, even for 3 queen sized beds inside, moreover it is clean and have a good ambience.

Kevin is an Emerging Markets Research Analyst at a global macro investment firm based in Montreal, Canada. Originally trained to be a medical doctor, he found his passion in capital markets after being involved in managing portion of his family’s equity portfolio. Kevin holds Masters degree in both finance and management, has passed all levels of CFA exam, and is a certified Financial Risk Manager (FRM), Chartered Alternative Investment Analyst (CAIA) and Professional Financial Modeller (PFM). He read voraciously and has a hobby of tinkering (read: programming) his systematic equity and volatility trading model for the “Quantimental” investment firm he founded. In his spare time, Kevin likes to travel the world and become a freelance photographer for Getty Images. To date, he has a portfolio of over 1200 pictures across 35 countries.
View all posts by Kevin →
This entry was posted in Thailand, Travel and tagged asiatique, bangkok, garuda indonesia, itinerary, night market, photography, review, tips, tour, Travel, trip. Bookmark the permalink.