Today we started our day with breakfast in the restaurant at the hotel lobby and went straight ahead to Hofburg Palace. Hofburg Palace is the former imperial palace in the centre of Vienna. Part of the palace forms the official residence and workplace of the President of Austria. Built in the 13th century and expanded in the centuries since, the palace has housed some of the most powerful people in European and Austrian history, including monarchs of the Habsburg dynasty, rulers of the Austro-Hungarian Empire. It was the principal imperial winter residence, as Schönbrunn Palace was their summer residence. It was quite crowded, there are few street musician and a women offering a flower and asking for money afterward. 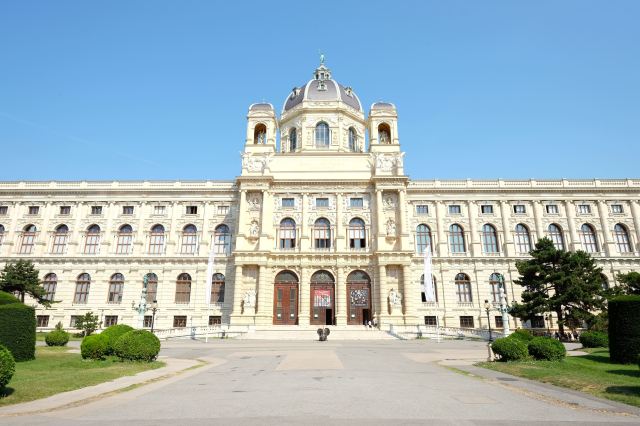 There is also shops around the palace, including Starbucks at the front gate and lots of horse carriage. We also shopped for fridge magnet and I bought a victorinox with Mozart picture on it. After visiting Hofburg we went to the bus and went to Schonbrunn Palace. 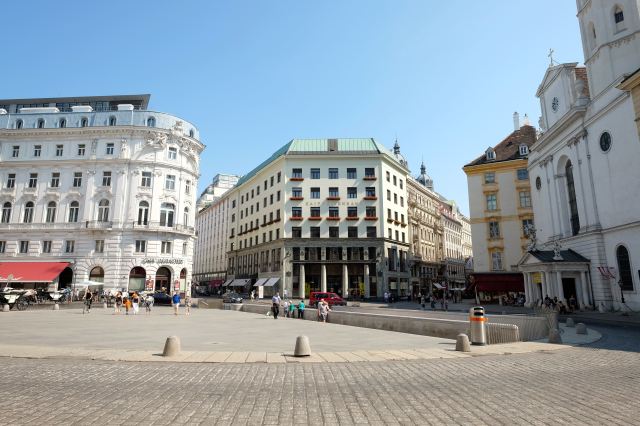 Buildings in front of Hofburg Palace’s gate. There’s Starbucks on my right and a watch shop on the front.

The gate into Hofburg Palace, horse carriage are waiting for tourist who want to have a city tour.

Schönbrunn Palace is a former imperial summer residence located in Vienna, Austria. The 1,441-room Baroque palace is one of the most important architectural, cultural and historical monuments in the country. Since the mid-1950s it has been a major tourist attraction. The history of the palace and its vast gardens spans over 300 years, reflecting the changing tastes, interests, and aspirations of successive Habsburg monarchs. We went inside the palace with a local tour guide, the tour inside the castle took about 45 minutes then we went to the garden behind the castle to take some pictures. 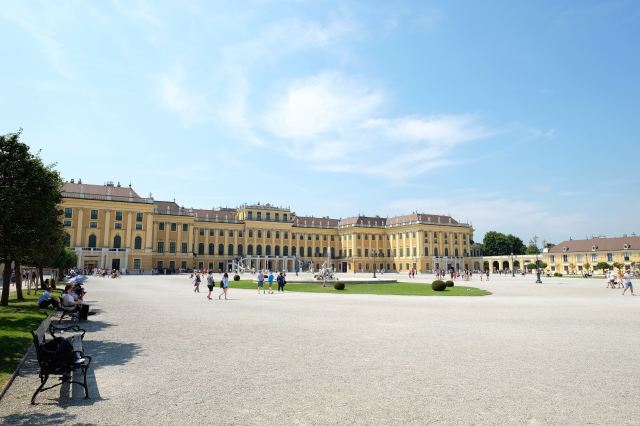 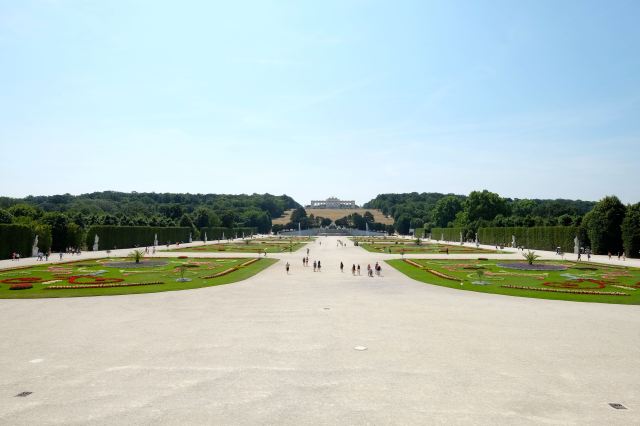 Garden on the back of Schonbrunn Palace, Vienna.

Our lunch located in a Chinese Restaurant in the city, a small place for our group. We went to a stores that sell branded goods with cheaper price, a recommendation and mandatory visit for our group. We bought nothing there because we were doubting the originality and the price isn’t much cheaper anyway. It’s about two o’clock when we headed for Karntner strasse for shopping and eating the famous Sacher Torte.

Kärntner Straße (English: Carinthian Street) is the most famous shopping street in central Vienna. It runs from the Stephansplatz out to the Wiener Staatsoper at Karlsplatz on the Ringstraße. The first record of Kärntner Straße is from 1257, as Strata Carintianorum, which refers to its importance as a trade route to the southern province of Carinthia .

Vienna claims to be the “coffee house capital of the world”. A strong tradition of coffee houses created an environment where both residents and visitors could meet, share ideas, and leisurely discuss the events of the day. The coffee house status in Vienna would become central to its culture and tradition with the cornerstone of each fine coffee house being its freshly-baked cakes. These classic tortes were to become highly regarded works of art and intense rivalries developed as to who could create the finest masterpiece.

Today, the Original Sacher Torte is one of the most recognized cakes in the world and even helped establish the five star Hotel Sacher in Vienna founded in 1876 by Franz Sacher’s son, Eduard Sacher. The Original Sacher Torte is still made almost entirely by hand using Franz Sacher’s recipe and is a closely guarded secret. More than 360,000 cakes a year are made in Vienna by its 41 employees, many of which are shipped all over the world allowing a “taste of Vienna” to be delivered to many far away places. The most popular destinations for its cakes are Germany, Italy, France, The USA, and many countries in Asia.

We bought lots of goods in Karntner strasse, among them two Rimowa Luggage which is very cheap compared to Jakarta (€389 for cabin sized vs Rp 10 million), I bought an attache briefcase, my mother and sister bought shoes and bag. Sadly, watches are more expensive in Europe than in Jakarta.

I also went inside St. Stephen cathedral before heading to watch concert in Kursalon. The concert started at 8.15 so we waited in a cafe under the hall and drink. The concert plays music composed by Mozart, Schubert, and other famous classical musician. They also featured dancers and singers to accompany the music itself. The concert is divided into two part, 45 minutes, then 15 minutes pause, and another 30 minutes. It was great experience, just make sure you don’t sit near a child or baby. 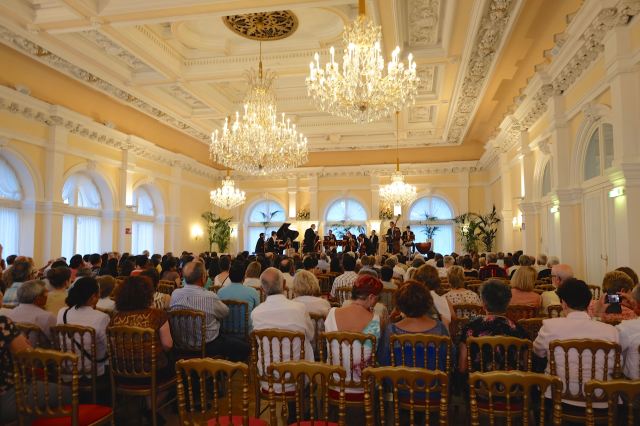 Kevin is an Emerging Markets Research Analyst at a global macro investment firm based in Montreal, Canada. Originally trained to be a medical doctor, he found his passion in capital markets after being involved in managing portion of his family’s equity portfolio. Kevin holds Masters degree in both finance and management, has passed all levels of CFA exam, and is a certified Financial Risk Manager (FRM), Chartered Alternative Investment Analyst (CAIA) and Professional Financial Modeller (PFM). He read voraciously and has a hobby of tinkering (read: programming) his systematic equity and volatility trading model for the “Quantimental” investment firm he founded. In his spare time, Kevin likes to travel the world and become a freelance photographer for Getty Images. To date, he has a portfolio of over 1200 pictures across 35 countries.
View all posts by Kevin →
This entry was posted in Eastern Europe, Travel and tagged cathedral, classic, garden, hofburg, karntner strasse, kursalon, musical concert, palace, rimowa, sacher torte, schonrunn, vienna. Bookmark the permalink.