Our trip started at 9 am today to Auschwitz, there were landscapes along the road as usual and it took around 3 hours for us to arrive and had our lunch in Skorpion restaurant. Then we headed to the camp and waited about one hour because our local tour guide was late. 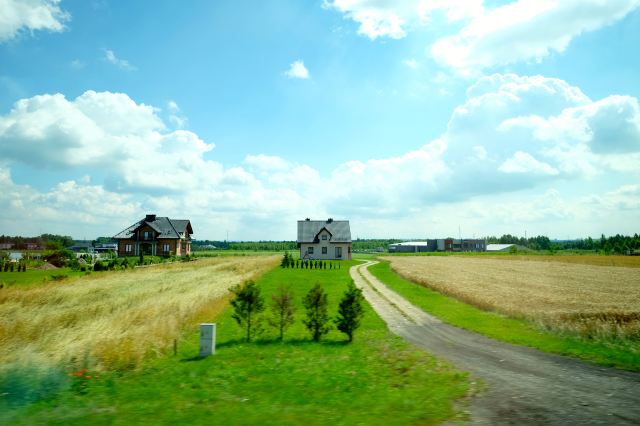 Landscape on the way to Auschwitz.

Security around the camp Auschwitz II.

Auschwitz I was first constructed to hold Polish political prisoners, who began to arrive in May 1940. The first extermination of prisoners took place in September 1941, and Auschwitz II–Birkenau went on to become a major site of the Nazi “Final Solution to the Jewish question”. From early 1942 until late 1944, transport trains delivered Jews to the camp’s gas chambers from all over German-occupied Europe, where they were killed with the pesticide Zyklon B.

Security around the camp Auschwitz II. 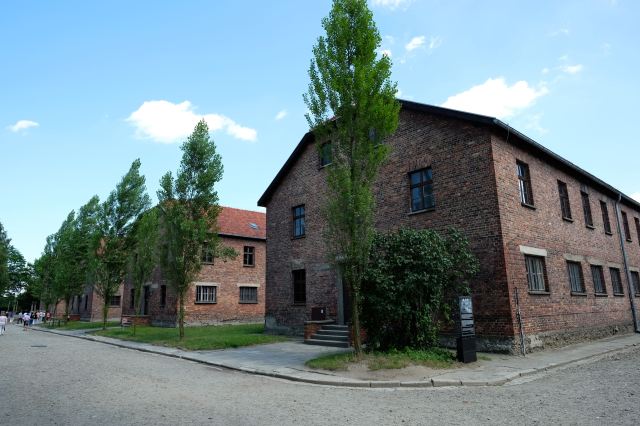 Barracks at Auschwitz II, some are hospital, prison, and mostly bedroom.

At least 1.1 million prisoners died at Auschwitz, around 90 percent of them Jewish; approximately 1 in 6 Jews killed in the Holocaust died at the camp. Others deported to Auschwitz included 150,000 Poles, 23,000 Romani and Sinti, 15,000 Soviet prisoners of war, 400 Jehovah’s Witnesses, homosexuals, and tens of thousands of people of diverse nationalities. Many of those not killed in the gas chambers died of starvation, forced labor, infectious diseases, individual executions, and medical experiments.

Belongings of the victim.

Shoes of the victim collected.

In the course of the war, the camp was staffed by 7,000 members of the German Schutzstaffel (SS), approximately 12 percent of whom were later convicted of war crimes. Some, including camp commandant Rudolf Höss, were executed. The Allied Powers refused to believe early reports of the atrocities at the camp, and their failure to bomb the camp or its railways remains controversial. One hundred forty-four prisoners are known to have escaped from Auschwitz successfully, and on October 7, 1944, two Sonderkommando units—prisoners assigned to staff the gas chambers—launched a brief, unsuccessful uprising.

Memorial ground of the victim, used to be a field to torture them.

As Soviet troops approached Auschwitz in January 1945, most of its population was evacuated and sent on a death march. The prisoners remaining at the camp were liberated on January 27, 1945, a day now commemorated as International Holocaust Remembrance Day. In the following decades, survivors, such as Primo Levi, Viktor Frankl, and Elie Wiesel, wrote memoirs of their experiences in Auschwitz, and the camp became a dominant symbol of the Holocaust. In 1947, Poland founded a museum on the site of Auschwitz I and II, and in 1979, it was named a UNESCO World Heritage Site.

Touring around Auschwitz is not as creepy as I imagined before, but there was a sad feeling looking at the belongings of the prisoners, the hairs collected behind a glass, and hearing the stories told by our tour guide. After Auschwitz we continue to Krakow for our dinner and stay tonight.

Kraków is the second largest and one of the oldest cities in Poland. Kraków has traditionally been one of the leading centres of Polish academic, cultural, and artistic life and is one of Poland’s most important economic hubs. Cited as one of Europe’s most beautiful cities, its extensive cultural heritage across the epochs of Gothic, Renaissance and Baroque architecture includes the Wawel Cathedral and the Royal Castle on the banks of the Vistula river, the St. Mary’s Basilica and the largest medieval market square in Europe, the Rynek Główny.

The old town area in Krakow is beautiful, just like in Wroclaw the night before. You could ride on a horse carriage to tour around the city and Wasel Castle. I spent most of my time inside St. Mary’s Basilica which is beautifully detailed. We pay about $3 per person to get in. The we shopped in Hard Rock store next to the Basilica, while my sister shopped in Zara I strolled around the market (the first shopping mall in the world) and sit on a cafe nearby. 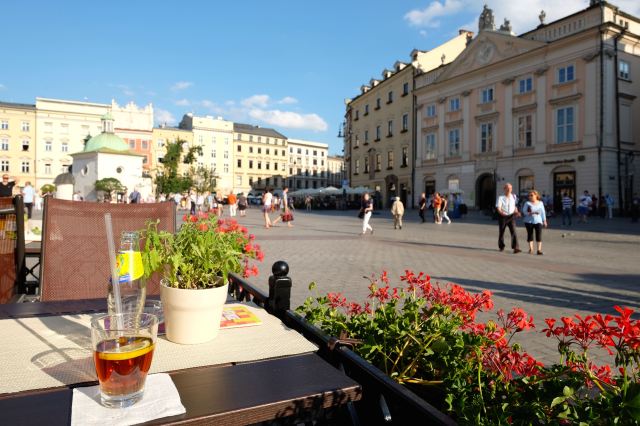 Me sitting on a café sipping lemon tea while watching the crowd.

Dinner is on the old town area, we get in to the underground and the place was romantic and beautiful. We were served soup as appetizer, chicken fillet and apfelstruddle as dessert. Tonight we stay at Best Western Premier and sleep earlier than usual.

A global macro analyst with over four years experience in the financial market, the author began his career as an equity analyst before transitioning to macro research focusing on Emerging Markets at a well-known independent research firm. He read voraciously, spending most of his free time following The Economist magazine and reading topics on finance and self-improvement. When off duty, he works part-time for Getty Images, taking pictures from all over the globe. To date, he has over 1200 pictures over 35 countries being sold through the company.
View all posts by Journeyman →
This entry was posted in Eastern Europe, Travel and tagged auschwitz, basilica, birkenau, concentration camp, krakow, nazi, old town, poland, rynek glowny, saint mary, tour. Bookmark the permalink.