Today we are moving to another city in India, perhaps the most modern and pioneer city in this country, Mumbai. But before our flight at 16.55, we have half day to do city tour and lunch in Delhi. We woke up at 6 am because the city tour start at 9 today visiting Qutub Minar and India Gate. The drive from Africa Avenue (our hotel) to Qutub Minar is quite long, about 45 minutes. Our tour guide today is a very introverted man in his thirty, he barely talk along the way but once we arrived at Qutub Minar he start to explain us the history of three generation of King building this tall 74 meters on 12th century.

After 17 failed attacks from Afghan prince invading Delhi, they finally succeed capturing the city and destroy 27 Hindu temples and replace it with a Mosque. The architecture resembles the Roman but the carving is Hindu. Qutub Minar was built as a symbol of victory and as a broadcasting place for the Mosque. Qutub Minar is one of the earliest and most prominent exampl)es of Indo-Islamic architecture, built by India’s first Muslim ruler Qutb-un-dun Aibak. Although it is leaning about 10 degrees, but it still standing after 800 years and many earthquake that often happens in Delhi. There’s also piece of steel standing in Qutub Minar, the still hasn’t rust after over 800 years, long before the industrial evolution. Study said that the steel was made with 99.9% steel, a remarkable work for the smith in that era.

Then we drive to India Gate for about 30 minutes drive from Qutub Minar, India Gate is a soldier’s memorial who died in the first world war. India used to be ruled by the British when the Afghan war began, fifty thousand Indian soldiers died. The building progress was delayed due to the revolution, 14.500 high ranking soldiers name were carved on the wall of the gate. It is also heavily guarded due to terrorist threat to destroy national monument. We also stop at the president palace and Lutyen’s building, looking at the modern day grandeur of Delhi. 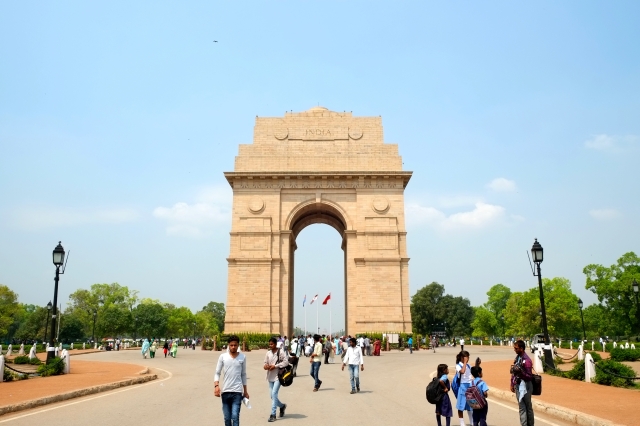 Carving of soldier’s name on the wall of India Gate 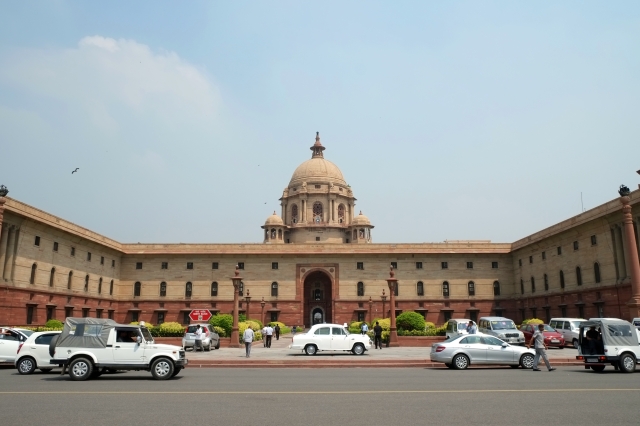 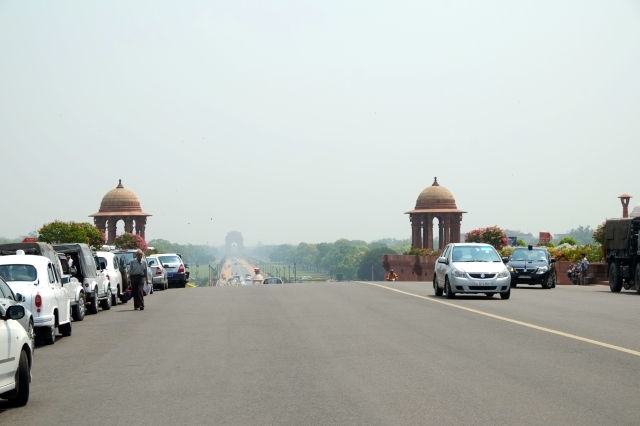 After visiting Oberoi Hotel yesterday my mother had an idea to have a lunch there, so we did. I did so e research at Zomato and Tripadvisor for the best restaurant in Delhi and Threesixty Restaurat at Oberoi comes up eith 4.4/5 score. It was quite fancy lunch actually, I ordered a Spagheti Aglio with prawn and ice lemon tea while my mother has soup, fish chip and lemon tea. Taste-wise it is nice and properly cooked, the place is comfortable too, we sat at the table near window facing a small garden. Too bad we have to spent 5000 rupee ($80). 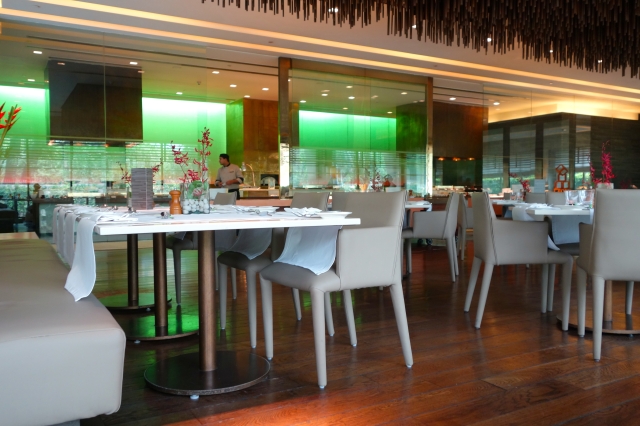 Tomato soup I got for free 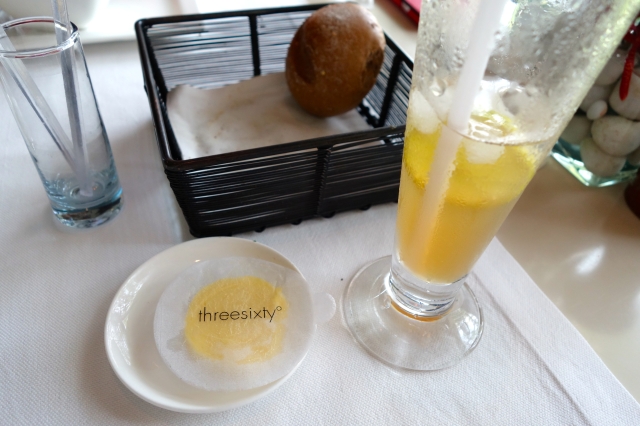 After lunch Ram deliver us to airport for our flight to Mumbai, we say goodbye to him for being a nice and informative driver for the last 5 days. I am writing this post now at a Starbuck store inside the airport on a brown square table facing the crowd walking in front of the store. Next we went to the gate on the lower level and pass the ticket counter, entering a bus that takes us to our plane, IndiGo Airlines. The plane was Airbus 320 with 3-3 seating position, it is a budget airlines so there is no TV. I put my Bose QC30 headphones on and sleep for the trip.

Once we arrived at the airport we wait for our luggage about 30 minutes and meet the tour representative, who take us to Best Western Hotel Mumbai using a Toyota Inova. The trafic was bad, it congested in almost every road and the trip to hotel took about 80 minutes. From our car window we could see the slum area of Mumbai, just like the one in movie “Slumdog Millionaires”, a very good Indian movie I watched several years back. We had dinner in hotel then sleep until morning after a busy day in Delhi and tiring flight to Mumbai, a home to 21 million people.

A global macro analyst with over four years experience in the financial market, the author began his career as an equity analyst before transitioning to macro research focusing on Emerging Markets at a well-known independent research firm. He read voraciously, spending most of his free time following The Economist magazine and reading topics on finance and self-improvement. When off duty, he works part-time for Getty Images, taking pictures from all over the globe. To date, he has over 1200 pictures over 35 countries being sold through the company.
View all posts by Journeyman →
This entry was posted in India, Travel and tagged city tour, Delhi, india gate, lunch, mumbai, oberoi hotel, parliament, qutub minar, threesixty, trip. Bookmark the permalink.