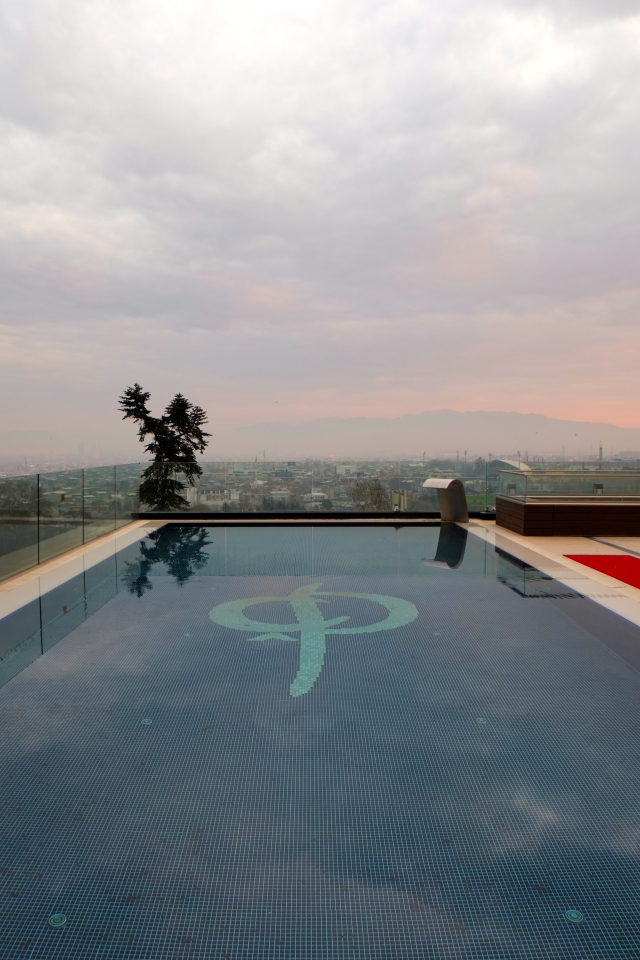 Finally my body is well rested after two days without bathing and sleeping in bed, this morning I’m going to have a citytour in Bursa, the capital city of Ottoman Empire era. We have breakfast in the hotel, Turkish food mostly with bread, omelette with tomato and some vegetables. South-East Asian people don’t really like Turkish food, as my groups confirmed, we prefer Chinese food with lots of rice. View from hotel is quite nice, we saw a sunrise covered with clouds from the balcony and at 8 am we get on the bus. 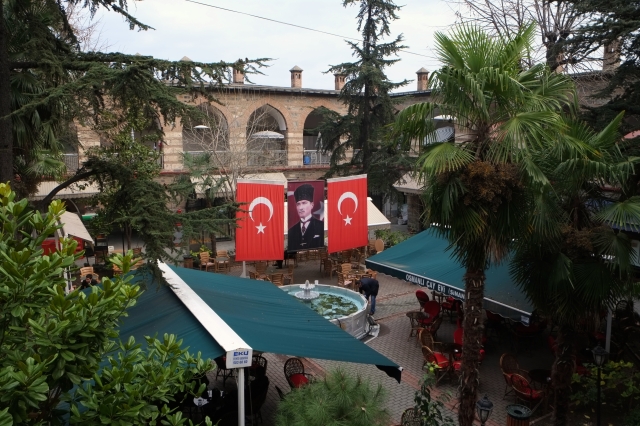 Silk Market next to Grand Mosque

The first stop is Grand Mosque and Silk Market, both of them are located in one area side by side. There’s little to see in the mosque itself, people are praying and the architectural design is average. However it is a historical place for being the first mosque built in Bursa, dated six hundred years ago. To get in we have to take our shoes off and put it in the locker provided, this is the religion custom of Islam in praying. I saw few people praying but they are outnumbered by the tourists. Silk market is not very big, it is a four side building with empty space at the center selling variety of goods, books and silk are common. 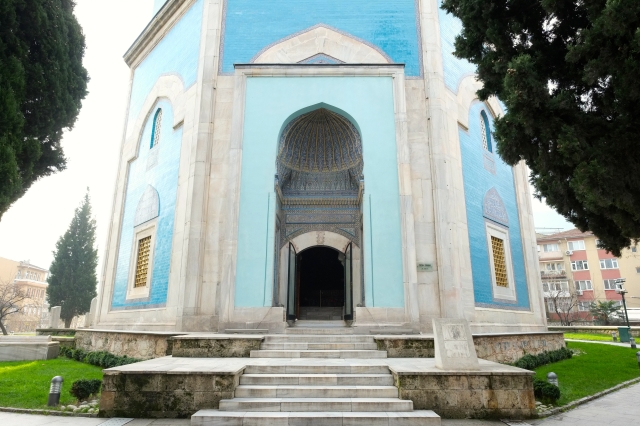 After fifteen minutes from the Grand Mosque we arrived at the Green Mosque and Green Tomb. (elaborate more) We also shopped in the tourist shop nearby selling every possible souvenirs in three floors. The trip to Kusadasi is about 5 hours from Bursa. We saw some great landscapes from the bus, and even a rainbow after the rain. For lunch we have Turkish meatball and rice.

We arrive in Kusadasi at dark, stopped at shopping for olive oil products and Turkish delight. Then we went to our hotel for another 20 minutes.

A global macro analyst with over four years experience in the financial market, the author began his career as an equity analyst before transitioning to macro research focusing on Emerging Markets at a well-known independent research firm. He read voraciously, spending most of his free time following The Economist magazine and reading topics on finance and self-improvement. When off duty, he works part-time for Getty Images, taking pictures from all over the globe. To date, he has over 1200 pictures over 35 countries being sold through the company.
View all posts by Journeyman →
This entry was posted in Travel, Turkey-Abu Dhabi and tagged bursa, celik palas, grand mosque, green mosque, green tomb, hotel, landscape, rainbow, silk market, Turkey. Bookmark the permalink.