I woke up at 6 today, breakfast at 7 in hotel. They served fried rice, sausages, scramble egg, bread, and other. The first place I went to today is the Blue House, Korean President Palace. It is a huge building with another old palace in the same complex. We go inside the old Korean palace, basically it is a one floor building within a 2m wall around. Inside the larger wall there is smaller building where the King and Queen used to live. There’s a dragon statue at the top of each building, except the building the King and Queen live in. There’s also Korea National Folklore Museum, inside the building you can see Korean traditional ceremony, clothes, tomb, and other accessories they use in their life.

The next destination is the duty free shop in Seoul, there’s a lot of branded bag and shoes inside, you could buy Louis Vuitton, Bottega, Celine, Hermes, and other brands. But it is not as cheap as buying in Europe, and after paying you have to pick up your belongings in the airport. My sister bought a Hermes scarf for $163 and it has to be pick up tomorrow in the airport. Strange, huh? It prevent tourist from helping Korean people buying tax free goods. 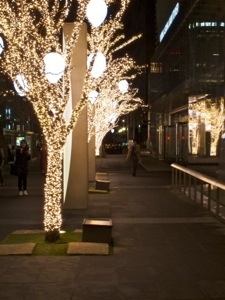 I ate ribs in Tony Roma’s and I think it taste the same with the one in indonesia. The place is quiet cozy as well, located in the first floor of an office building it is very accessible. Then I watched Nanta show, first I thought it will be boring but I can’t be more wrong! It is very, yes very hilarious show and I bet you’ll laugh he entire show too. It is about chefs who are under time pressure to meet the requierment for wedding party. Very recommended!

Kevin is a global macro analyst with over four years experience in the financial market. He began his career as an equity analyst before transitioning to macro research focusing on Emerging Markets at a well-known independent research firm. He read voraciously, spending most of his free time following The Economist magazine and reading topics on finance and self-improvement. When off duty, he works part-time for Getty Images, taking pictures from all over the globe. To date, he has over 1200 pictures over 35 countries being sold through the company.
View all posts by Kevin →
This entry was posted in Korea-Japan, Travel and tagged blue house, iconic place, korea, shopping. Bookmark the permalink.